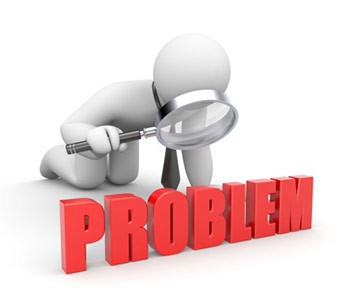 Recently, Apple had a problem when it was discovered that they slowed down older phones. The problem wasn’t that they were slowing them, there was a legitimate reason for doing so. The problem was that they didn’t explain why clearly enough.

Chipotle is going through problems because of repeated occurrences of norovirus and e. coli. They have acknowledged the problem, but the fact that it keeps happening means they haven’t addressed it.

Apple’s problem was they didn’t own up to what they were doing. Chipotle’s is that they haven’t addressed it. Both parts are necessary to move past a problem. The same rule applies to individuals as these large companies. No matter how hard you try, you’re likely to disappoint a colleague or customer at some point. But what should you do if you’ve let something really important slip? Instead of hiding, address the problem right away and make a plan to deal with it. If you’re supposed to deliver a report that you can’t get done, say something like, “I think I’m in over my head. Do you want me to keep plugging along? Are there other people who can help? Is there any flexibility with the deadline?” Don’t wait until your counterpart has no other options. Take ownership by admitting you made a mistake. Then provide an explanation, but don’t belabor it; a heartfelt “I’m sorry” can go a long way. Lay out a plan for how you’re going to make the situation right, and in the future be up front about what you can and can’t do.