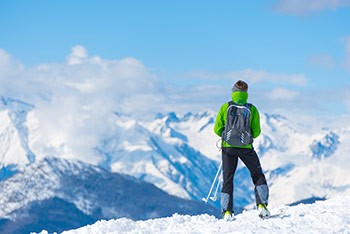 As the 2018 Winter Olympics comes to an end, there are lessons that can be learned. One unexpected lesson came from skier Elizabeth Swaney. She had a dream to be in the Olympics. While she made that dream come true, the way she went about it caused her to become famous in a way she never wanted.

Swaney failed to make the U.S. Olympic team. Determined to get to the Olympics, she tried out for the Hungarian Olympic team. She made the Hungarian team, but not by much. She got to the Olympics and once she started competing it became obvious that she should not have been there. She finished dead last in all her events. More than that, her performance was lackluster. She performed only the most basic of moves. When asked about it she replied,” I do jumps in practice but I’m not comfortable landing on snow.”

Swaney made her dream ion being in the Olympics come true, but she didn’t earn it. She didn’t push herself be good enough for the Olympics, she found a loophole that allowed her to access. Her reputation is not that she is an Olympic athlete, but that she is a laughing stock who isn’t good enough to make it. Had she waited four years and trained harder, perhaps she could have avoided that.  This is what happens when you put getting your dream above earning your dream.